The true cost of your construction

I think we're past the stage of thinking that building with blocks of materials, placing one on top of the other with a wet mortar to hold it in place is a good idea. Construction time, weather, on-site wastage, thermal performance, larger internal volumes, energy saving all point to off-site construction as the future for housing and commercial build.

High-performance SIP systems are now replacing timber frame construction and here's why. The table below is an extract from a paper by Adam Meis, describing the cost comparison of SIP build compared to Timber frame.

The paper discusses OSB against timber frame, our Magnesium Oxide (MgO) panel system adds more advantages to the SIP argument. Applying finishes directly to the outer face of the panel, render, timber cladding, brick slips, tiles etc. Inner walls can be skimmed and painted if there is no requirement for a service void.

All are time and material savings, there is no outer leaf, so the true cost is not a higher initial cost for an MgO build system but the extra labour, materials and trades required to complete your project. SIP build systems have real advantages of performance, it is much simpler to build to a higher specification of airtightness and thermal performance using SIPs.

The following is a short extract from The True Cost of SIPs: A Comprehensive Tool for Comparing the Price of Residential Structural Insulated Panel and Stick (Timber) Frame Construction by Adam Meis, University of Colarado.

"The energy used in producing building materials accounts for 25-40% of the total energy consumed within modern countries and conventional construction accounts for 40% of the waste in landfills (Ramirez et al. 2012). Structural Insulated Panels virtually eliminate onsite waste due to framing, up to a 98% decrease (Seward 2012). This does not include factory waste; however, that can be minimised and potentially recycled (Xiaoyong Pan et al. 2012).

In a typical residential home 12% of the panels is lost in the factory due to waste (Mullens and Arif 2008). Surplus pieces are kept and reused when possible, the polystyrene foam commonly utilised is recyclable, and the OSB used in manufacturing comes from fast growing and underused tree sources such as young spruce and pine (Xiaoyong Pan et al. 2012, Seward 2012, European Panel Association). Not only is the polystyrene foam recyclable, it also is only 2% petroleum based plastic by volume; the remaining 98% is insulating air captured between the cells (Seward 2012).

Thermal bridging is virtually eliminated compared to approximately 10-15% of the surface area in conventional construction that promotes heat loss (McCullom and Krarti 2010). This, as well as nonstandard insulation installation in stick (Timber) frame homes, can result in a whole wall Rvalue loss of 15-30% from the rated value (McCullom and Krarti 2010). SIPs avoid these issues by having continuous and standardised rigid insulation. Heating energy savings were measured by McCullom and Krarti (2010) to be from 18% and 24% for a home in Denver, Colorado for a 119mm and 165mm SIP respectively."

Think you know about EPS as an insulation material? 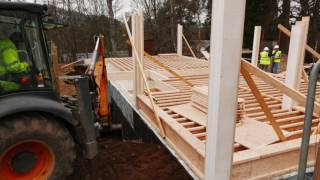 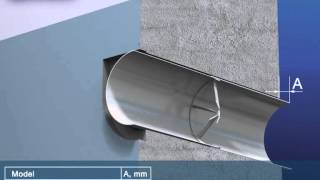 Zero waste, even at the factory.

The true cost of your construction 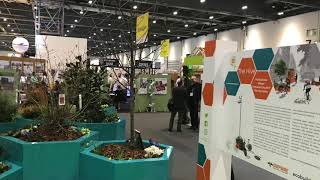 Ecobuild? it used to be so good? 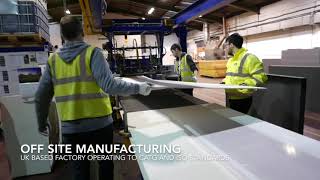 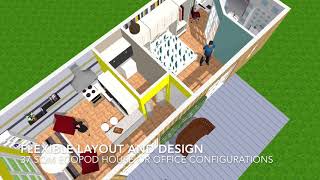 Modular Housing, off site is the future

Meet the team, see the process and ask lots of questions.......

Think you know about EPS as an insulation material?